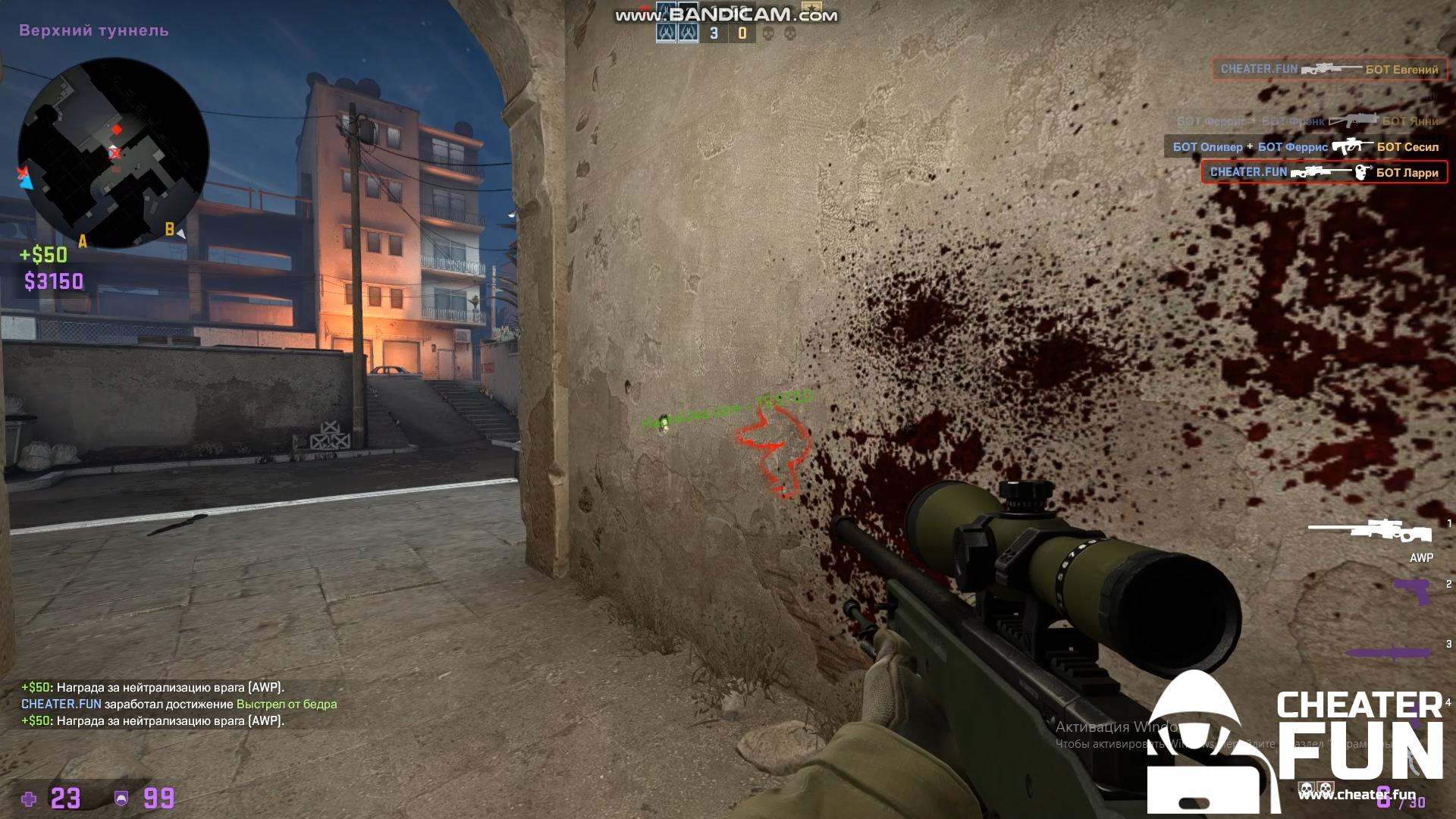 Great Legit cheat EXTEND on CS: GO which you can download for free from our website. This hack is perfect for players who like to play quietly, all the most necessary functions are included using hot keys, there is no menu that will allow you to play with your real FPS, because the cheat does not load your game. There is a good inconspicuous Aimbot with which your bullets will fly straight to the head of the enemy, and there is a working TriggerBot that will allow you to effortlessly get straight into the enemy when you press the [ALT] key. The functionality of the hack includes other features such as: ESP (Glow) – this feature will highlight your opponents in red and make them visible through the walls, and allies in blue (as you can see in the screenshot), there is also RadarHack to indicate your enemies on the standard radar, as well as features such as NoFlash and NoSmoke. In General, download this hack and test yourself, the cheat is launched in one click without the injector, everything is very simple and easy for any user of our site.